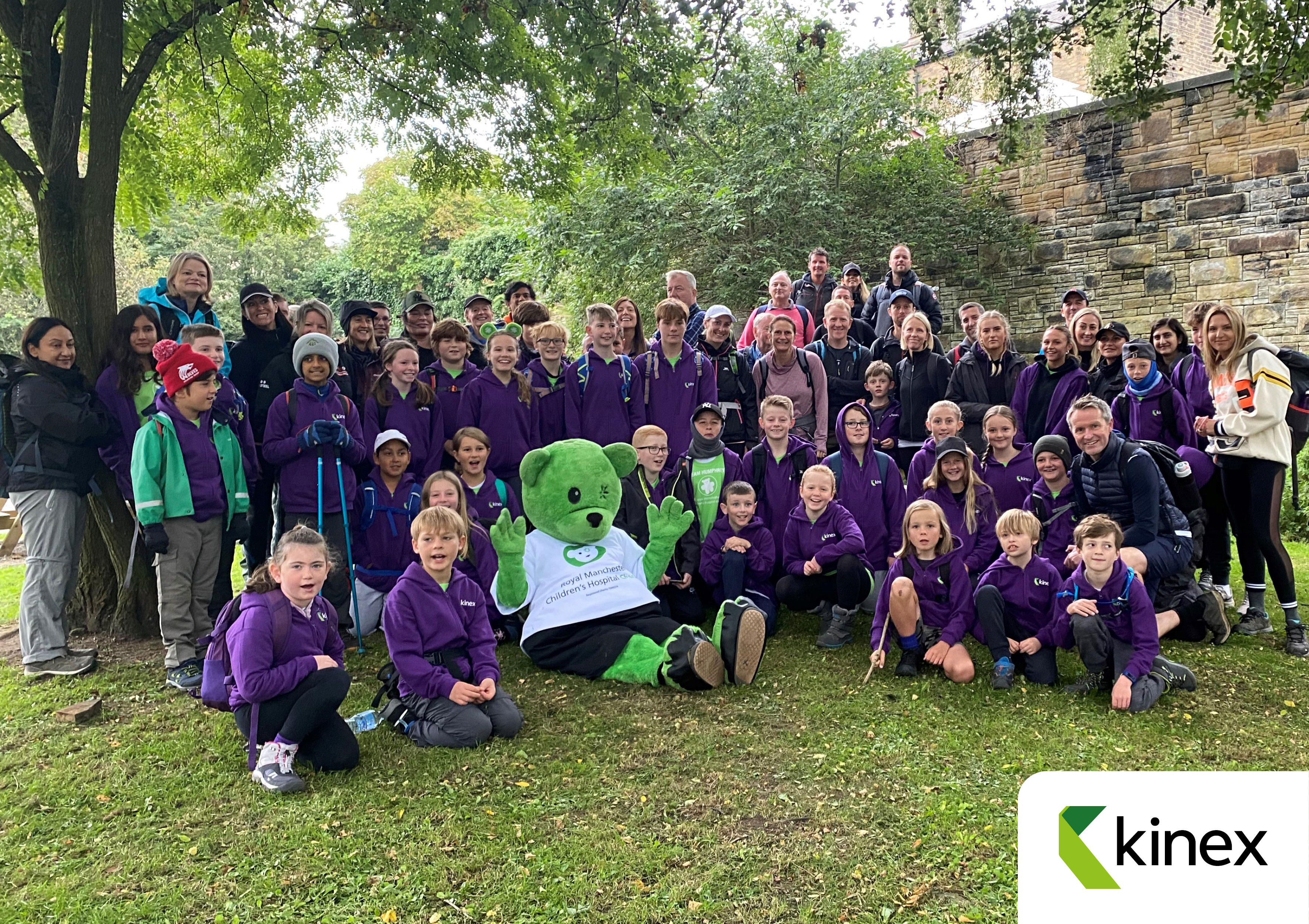 Prolific young fundraiser Joseph Hibbert, who has been raising money for charity since the age of three, is at it again!

To date, Joseph has raised an incredible £40,000 for Manchester Children’s Hospital through a variety of charity challenges, including scaling each of the highest peaks in England, Scotland and Wales.

Joseph’s most recent charity challenge saw him pulling on his hiking boots once again, along with 75 family and friends, to climb Kinder Scout – the highest point in the Peak District.

With the support of his family and friends Joseph raised more than £13,500 with this latest challenge, pushing the total he has raised well past the £40,000 mark.

In 2020 Joseph was awarded the Young Fundraiser Award at the Pride of Manchester Awards.

Joseph said: “It all started when I was three years old with a mini run in Manchester’s Heaton Park, where I ran 1.5k. I challenged myself further and ran a 5k before I was five.

“In 2017 I swapped my running shoes for hiking boots and started the three-peak challenge, climbing Ben Nevis, the highest mountain in the UK. In 2018 I thought it would be fun to do the same with friends and seven of them joined me in hiking Snowdon. Last year I completed the three peaks with 60 friends and family by my side all helping me raise money by hiking Scafell Pike.

“This trek up Kinder Scout may have been challenging for our little legs but it’s nothing in comparison to the mountains and challenges that the children and parents at the children’s hospital face each day.”

Joseph’s mother Shelley said: “We are so proud of Joseph and all he has accomplished. When we think back to him running his 1.5k in Heaton Park, we never thought it would turn in to a yearly event with so many people.”

The Kinder Scout challenge was postponed from 2020, when it had to be delayed due to Covid.