The 11th July 2017 is World Population Day and we thought this would be a great time to discuss the ever growing pattern of energy consumption in the UK and the world Larger populations. Industrial developments and more wealth have increased energy demand greatly. Currently, the world relies predominantly on fossil fuels that are not only harmful for our environment but are also limited in supply. The UK mainly uses gas and coal to generate electricity for its citizens, but it has gradually been investing more in renewable energy sources.

So, are population and energy consumption related? Absolutely, yes.

Although wealthier countries are not growing at as fast a rate as developing nations, they’re still growing. And, as each human is added to the Earth, resources become more of a precious commodity — especially non-renewable ones like fossil fuels, which provide most of the world’s energy. Consider this: If the United States consumes 20% of the world’s energy now, how much energy will the country consume if it reaches the United Nations’ projected population of 450 million by the year 2050?

The UK is adversely affected by global population growth however the industrial sector has consumed 44 per cent less energy since 1980, due to a shift towards less intensive industries and increased energy efficiency.

UK Gas-powered generators produce 30% of the electricity used in the UK. The total demand for gas has been in decline. Between 2013 and 2014, consumption declined by 8.9 per cent. Since 2004, the UK has imported 45% of its gas supply, mostly from Norway, Belgium and the Netherlands.

Our insatiable appetite for energy across the globe contributes to deforestation, global warming and other environmental issues like pollution and acid rain. Reducing our rate of population growth alone will not solve our energy consumption issue. Instead, experts say we must also find cleaner, more efficient sources of energy, cut back on our current consumption and push governments for stricter regulations. The chart below shows how the world renewable energy has increased and what energy sources are used the most. 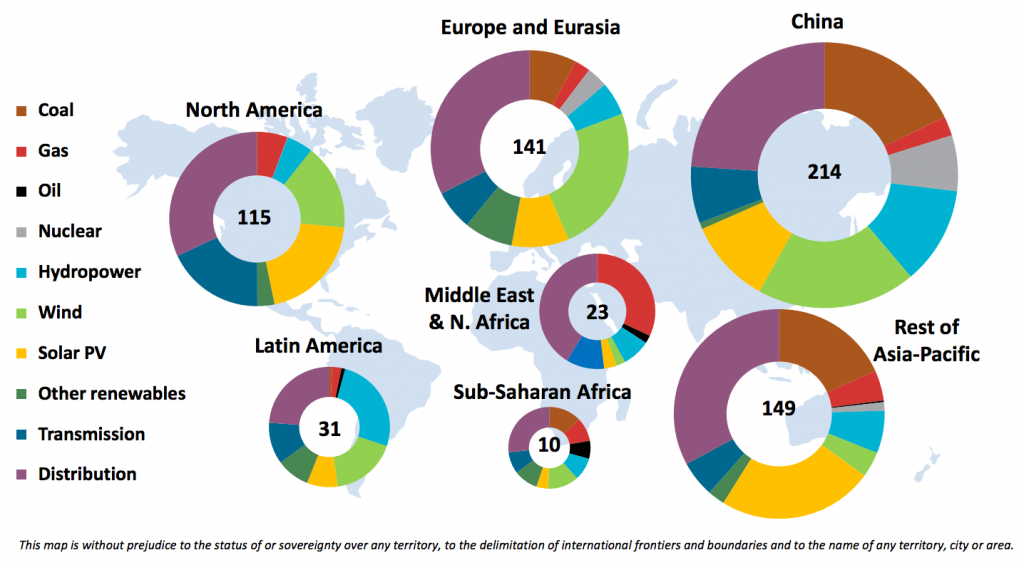 To read our tips on how to save energy and money within your business click here.